Our time at Generate London 2016 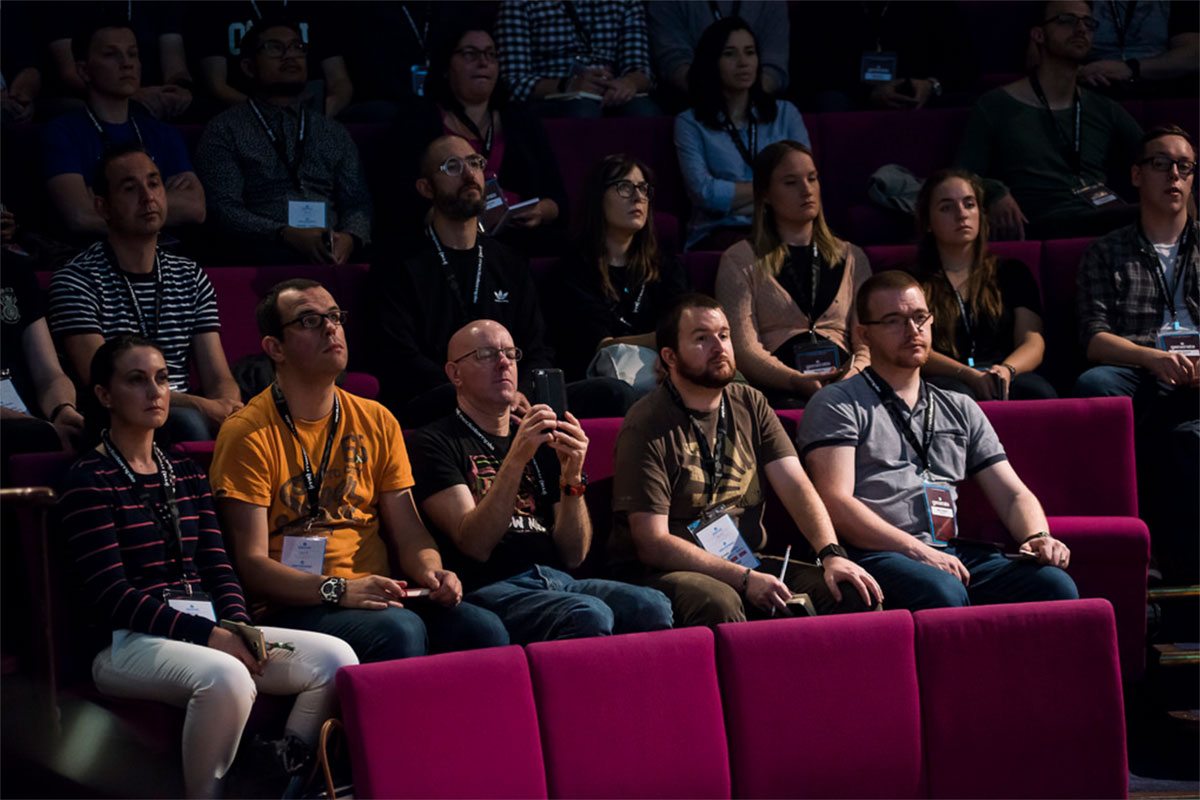 In September, Tracey Prior (Operations Manager) and myself, Chris Wray (Designer/Developer) attended the annual Generate Conference in London.

Generate conferences are presented by net magazine – the world’s leading print and digital publication for web designers and front-end developers. The conference takes place in five different locations across the globe. A source of inspiration, education and networking opportunities, packed with top advice from world-class speakers, and practical, real-world tips which readers of net magazine have come to expect over the years. 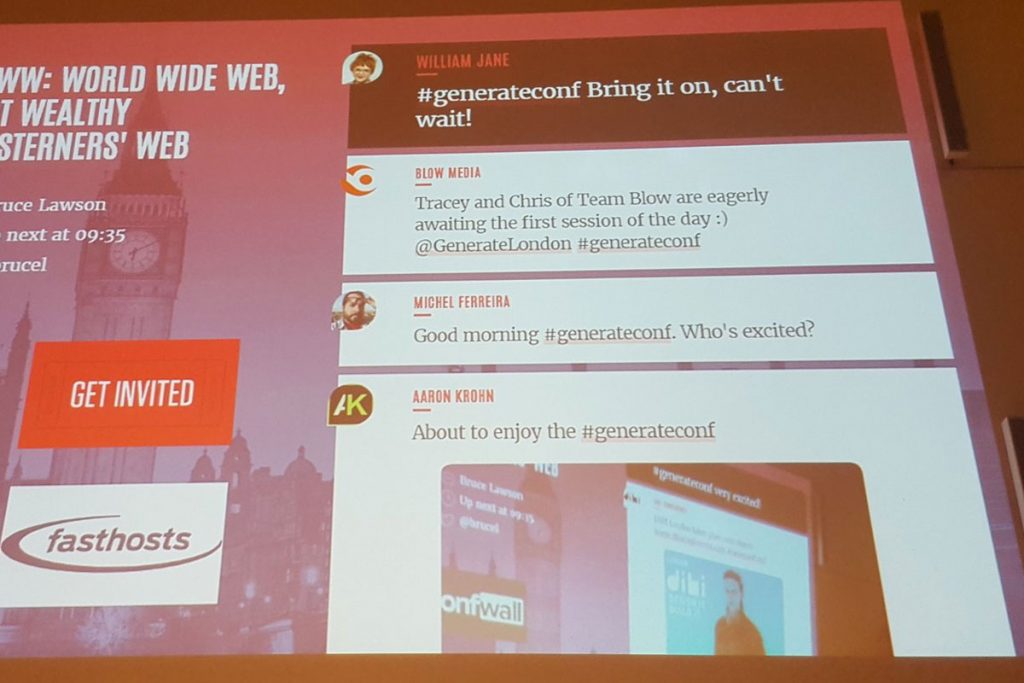 Designing and developing websites for the emerging markets

On our planet, there are about 7.2 billion humans, but only just under half of that are connected to the web. Though worldwide infrastructure provides internet coverage to 85% of the globe, the majority of the population in the emerging markets are only just beginning to have access to the web.

The majority of the Western world is connected, plateauing at about 80%, the next few years will see a massive growth of internet users from emerging markets, and not just from India and China. Bruce Lawson, Rachel Ilan Simpson, and Paul Lewis all touched upon this topic in their presentations.

This means that if you want to target these markets with your brand or service you need to make the website or web app work at these connection speeds or have the ability to work offline.

Mobile data is sacred in the emerging markets, often priced at a much higher premium than we have in the West. To pay for a monthly allowance of 500mb we’d be looking at 2 or 3 hours work, in the emerging markets you could pay up to a month’s salary for the same allowance. So if your website takes up too much of the customer’s monthly download allowance they’re not coming back. 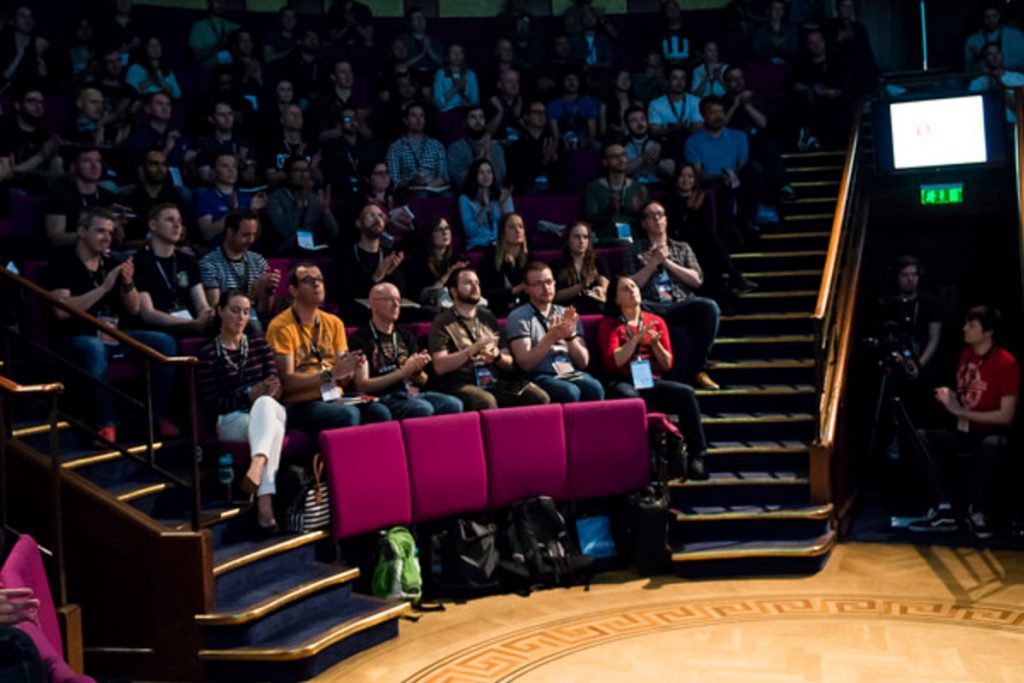 This is where going offline comes into play and having a progressive web app will help your clients’ products and services reach more customers in the emerging markets.

A progressive web app relies on what’s called a Service worker, this is a service which installs itself to the mobile device’s memory when a user adds the app to their mobile and acts as a proxy between the app and the internet. Whenever there is decent connectivity, the service worker will grab the latest content from the internet and store it for browsing in the app at a later time. Conversely, if a user posts a status update whilst offline, the service worker will update the remote server with this when connectivity is good. This presents the user with a seamless experience, rather than displaying nothing at all or a go online message.

Presently, progressive web apps are only available for the Chrome browser, but may be for all browsers in the very near future.

At the end of the first day, Ida Aalen presented ‘Never show a design you haven’t tested’, this I found really interesting and highlighted several areas where I feel testing can be improved.

The most annoying problems with usability are usually ones that you’ve, the designer or the client have not even thought about. Is it usable? Does it actually do the job it set out to do in the first place? Will the customer be able to find what they need? User testing is the only true way you can find out the answer to these questions.

Ida presented a wide variety of different low costing testing scenarios, ranging from stopping people in the street to focus groups. More about these can be found here.

Sounds can play an important part of your client’s brand. Think of the Intel Inside chime, the HBO humm or the classic Nokia ringtone. These sounds are embedded into our collective conscious, and inform the viewer that the experience they’re about the receive is unique to that brand.

Cennydd Bowles’ presentation ‘All singing, all dancing’ showed us how we can introduce motion and sound into our websites to subtly enhance the user experience rather than fill the website with annoying pops and clicks or unskippable website intros.

Web development for someone starting out can be a daunting process. The skills, software, content management systems and programming languages that a typical web developer has to know on a daily basis is growing all the time.

Throughout the creative industry, software has been designed to be intuitive allowing the user of each respective profession to easily start creating, for example Photographers and Photoshop, Animators and Maya, Publishers and InDesign, Editors and Premiere.

However, there is no real alternative for web developers. It’s all code based. Once upon a time you could use Dreamweaver, but as soon as you needed to do anything besides HTML and CSS, you had to use the code view. Responsive design – forget that.

Vlad Magdalin from Webflow demonstrated how their software allows designers to become web developers without the need to code. I must say I was impressed. I’ve looked at a multitude of ‘code-less’ software, all really based around customising a template, but none really offered the ability to create from scratch.

Webflow is a cloud based software package where you can build production ready, responsive websites without any real coding knowledge. Looking at the software’s interface however it really helps knowing both CSS and HTML basics so you can tell what controls what. You wouldn’t expect someone to produce a brochure in InDesign without understanding publishing or typography terms. In fact, I’d say the interface on Webflow was very similar to Photoshop, so would definitely help the designer’s transition.

I’m quite excited by Webflow – I just need some time to have a go at creating a website in it. 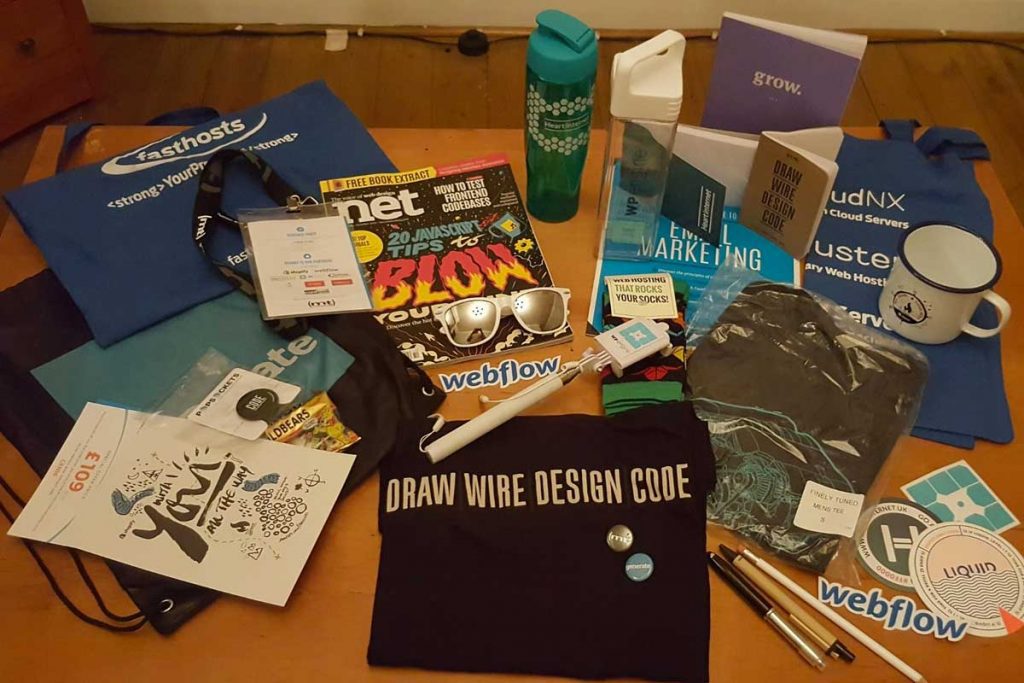 We were spoilt for choice when it came to freebies which where on each of the supplier tables: T-Shirts, a selfie stick, water bottles, enamel mugs, biscuits, mirror sunglasses, sketch pads and sweets. We had quite a haul.

We came out of the Generate conference buzzing with new ideas and inspiration for future projects – watch this space!